The winning bridge could bear weight up to 54.59 kilograms! The Engineering Club hosted the first ever Spaghetti Bridge Competition at AUIS on the April 23, 2016. Eighteen teams from AUIS took part in the competition, where the bridges were evaluated against aesthetics, load bearing capacity and efficiency. The projects were also open for public viewing at the event.

The bridges were constructed only from spaghetti and glue. On the day of the competition, the teams were called on to present their spaghetti brigde on stage, two at a time. Each team was asked to attach loading buckets with sand and/or metal weights to their bridges, until they collapsed, to gauge how much weight they could bear.

View photos by clicking on the Flickr gallery below. 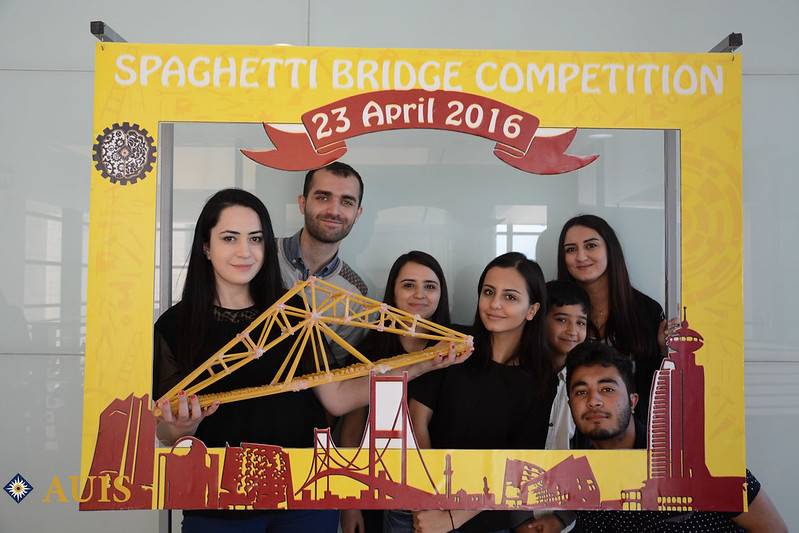 In the end, the winners of the competition were Panja Gawhare, Mathletics, and Winner’s Team, who placed first, second, and third, respectively. Special thanks to all judges, volunteers, the executive committee of the Engineering Club, Ms. Raguez Taha, the faculty advisor, Mr. Peshawa Luqman, and the competitors for their participation. Additionally, a special thanks to White Media Production and Jaam Company for sponsoring the competition.